In the Czech Republic, a national Agenda 2030 strategy document was confirmed in 2017 but there is still no confirmed implementation commitment by the government. A draft, reflecting the national strategy documents for each of the resorts has been prepared but has not been implemented so far. The Agenda 2030 will also be reflected in the revised conception of the Czech Development Cooperation which will be published in 2018. The independence of each ministry may present an obstacle for the coherence of a sustainable development policy.

The Agenda 2030 text is not available in Czech for the wider public. While the previous government was very open to NGOs inputs regarding the SDGs, this cannot be said of the new government. It marginalised the Agenda 2030 by making it the sole responsibility of the Ministry of Environment and has abolished the system of regular meetings and consultation with civil society. The government does not invite CSO representatives to be a part of the High Level Political Forum but civil society may be able to negotiate to be a part of the delegation if participants cover their own costs. In 2017, an NGO representative made a presentation during the Czech Voluntary National Review at the High Level Political Forum.

The network „Měj se k světu“ focuses on SDG advocacy. Czechia Against Poverty  also works on sustainable development and the Agenda 2030 and organises public events as well as some advocacy work. Consultations with policy makers are on an ad hoc basis, according to the needs and opportunities.

Social Watch Czech Republic, monitors the implementation of the SDGs and has produced a shadow report based on the “Five Ps” (people, planet, prosperity, peace and partnership).

Czechia against poverty and inequalities 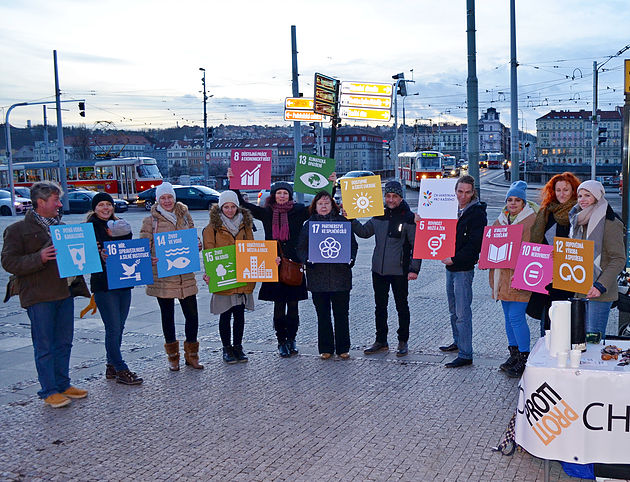 Raising Awareness on the SDGs in Prague