Report launch ‘Falling through the cracks: Exposing inequalities in the European Union and beyond’ 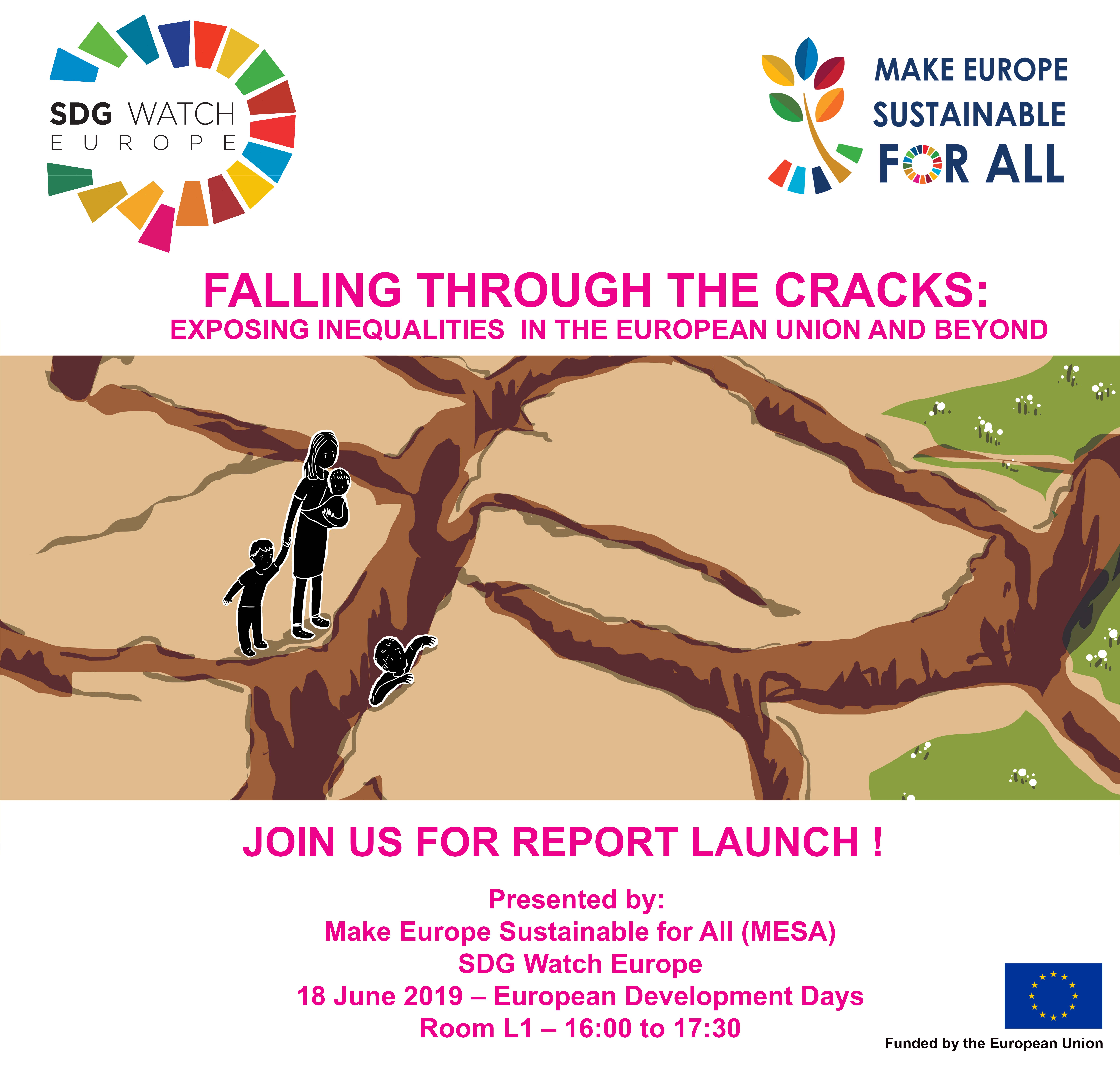 Presented by:  Make Europe Sustainable for All (MESA) and SDG Watch Europe

Leaving the vulnerable behind

The European Union has just over a decade left to achieve the Leave No One Behind principle of Agenda 2030. Despite the ticking clock, in many EU countries there are striking inequalities hindering sustainable development, including defective social protection systems, poverty, tax injustice and climate change.

The report is structured around:

–  Thematic chapters on individual but interrelated dimensions of inequality [AG1]

–  EU-level review of Europe-wide trends relating to inequalities, the European Union’s commitments in the fight against inequalities, as well as a comparative analysis of how EU member countries have performed.